This award, sponsored by the Fusion Technology Standing Committee (FTC) of NPSS, recognizes outstanding contributions to research and development in the field of Fusion Technology. Each awardee receives a plaque and 3,000 USD. 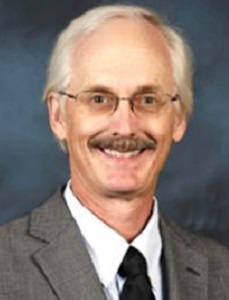 Dr. Baylor’s experimental analysis of pellet fueling experiments in the early 1990s on the Joint European Torus and the Tokamak Fusion Test Reactor demonstrated that pellet injection from the low magnetic field side of tokamaks undergoes rapid radial transport of pellet mass during the ablation process. Additional analysis of this work showed that improved fueling efficiency and peaked density profiles could be achieved by injection from the magnetic high field side of tokamak plasmas. Additional research led by Dr. Baylor on DIII-D has demonstrated that D2 pellets are effective at directly triggering ELMs and has demonstrated that on-demand rapidly triggered ELMs can greatly reduce the intensity of heat flux bursts and reduce core impurity accumulation. This has led to the implementation of pellet ELM mitigation for ITER as part of the U.S. supplied pellet system.

The IEEE Fusion Technology Award is an exceptional acknowledgment of Larry’s impact on the field of fusion technology. Larry identifies key enabling factors to be the excitement of the challenges of fusion energy development, having good mentors and coworkers, and especially an outstanding and understanding spouse. – Phillip Ferguson, April 2019 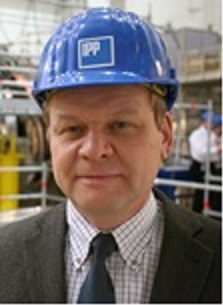 Lutz came into the field of fusion technology in 1998 when he joined the W7-X team as a Responsible Officer for all the superconducting coils. In 2001 he became the head of the assembly division, taking on the most difficult task in in the project. With a team of 150 employees (IPP-employees and external personnel), he planned and realized the assembly of W7-X, including the development and validation of technological solutions and assembly tools, as well as establishing the workflow. The total effort for the assembly and integration of W7-X amounted to 1.300.000 manhours (in about 10 years), a task which demanded an outstanding organizational talent and great leadership. During the assembly process, quite a few technologies had to be developed, like the superconducting joints between the coils and the bus bars, the assembly of the up to 3 m long ports (connecting the plasma vessel and the outer vessel, and other technical challenges. It required Lutz Wegener’s technical leadership to get these tasks finished successfully. Only his technical experience and diligence allowed the assembly W7-X within the rather small tolerances, which now allows the physicists to profit from a magnetic field, with deviation from the calculated magnetic field in the order of 10-5.

Presently, after three experimental phases of W7-X, he is leading a 2-year intervention in W7-X, which he has planned for the last three years. The installation of a steady-state (water-cooled) High-Heat-Flux divertor with CFC surfaces, the corresponding water-cooling circuits, ten cryo pumps with their distribution system, will present many technical challenges for the assembly and integration group, and I am sure Lutz is the right man for such a task.

In addition to all the work described above, he has always taken his time to help in the assembly review of NSCX stellarator and for ITER, and he has contributed in different design reviews for ITER. – Hans-Stefan Bosch, April 2019

This award, sponsored by the Fusion Technology Standing Committee (FTC) of NPSS, recognizes outstanding student papers presented at the Symposium on Fusion Engineering (SOFE) in the field of Fusion Technology. Up to two awards can be made at each Symposium. Each awardee receives a plaque and 500 USD.

Students declared their eligibility for this award by checking a box when submitting their abstracts. The FTC selected finalists from among the many eligible abstracts submitted, and will select the winner or winners based on short presentations at a special FTC meeting during the Symposium.

The flagship campus of the University of Tennessee System and partner in the Tennessee Transfer Pathway.