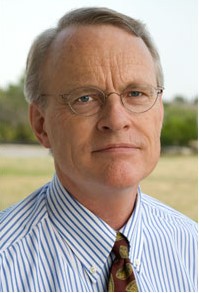 Dr. James Van Dam received his doctorate in plasma physics from UCLA, and he was a visiting member for the Institute for Advanced Study at Princeton from 1979-1980. He was a research scientist (1980-2002) and then the director (2003-2011) of the Institute for Fusion Studies at the University of Texas at Austin. He served as the director of the U.S. Burning Plasma Organization for the U.S. Department of Energy and also as the chief scientist for the U.S. ITER Project from 2007-2011. He became director of the research division for the Fusion Energy Sciences program office, U.S. Department of Energy, in 2011, and acting associate director of the DOE Office of Science for fusion energy sciences in 2017. 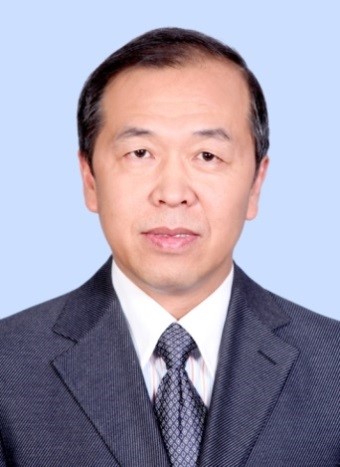 Professor Luo Delong is the Director-General at China International Nuclear Fusion Energy Program Execution Center (ITER China Domestic Agency), the Ministry of Science and Technology (MOST). Since 1986, he has long been engaged in the promotion of S&T cooperation and held several positions at different organizations, including Secretary at the Chinese Embassy in Norway, Market Manager of China Office at UN Technological Information Promotion System, etc. Prior to his appointment of DG, Prof. LUO was the director at the Department of International Cooperation of MOST, responsible for the organizing and implementing bilateral and multilateral S&T agreements and programs. In 2003, Prof. LUO led the Chinese team to join the ITER negotiation and had then been involved in the domestic management and execution of the project and the fulfillment of China’s international commitments to the ITER Project. Prof. LUO has served as ITER Council Member from China since 2008, Standing Council Committee Member of China Nuclear Society since 2012. 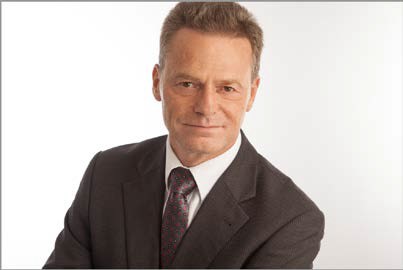 Johannes P. Schwemmer has been the Director of Fusion for Energy (F4E) since 2015, where he manages Europe's contribution to fusion research and ITER, the next major milestone to clean, limitless and carbon-free baseload energy. Before joining F4E, Johannes served as a partner in Antevorte Performance Management from 2014 and as a VP in Unify GmbH & Co. in Munich from 2007. He started working at Siemens in 1993 as a Software solution group manager and advanced to becoming a VP - Global subsidiary and risk management, in 2003.

He is a member of PMI (Project Management Institute) and the German Association of Executives (VDF). He is an invited speaker on corporate venturing, project portfolio mgt.topics. He has co-authored the book ‘The innovative enterprise’ with Gabler Verlag.

He received his Diplom-Ingenieur Europ, Electrical Engineering from, University of Essex, UK and an entrepreneurship-MBA by Babson College and INSEAD. 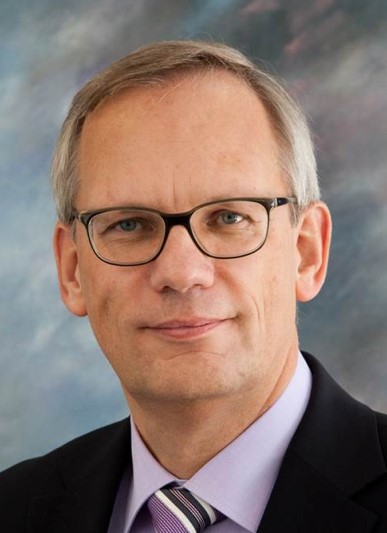 Dr. Hans-Henrich Altfeld received his PhD in 1989. Currently, he is the Director of the Project Control Office of the world’s largest fusion energy research project, ITER, based in Southern France.

Prior to joining ITER in January 2017, he served as Global VP for Program Management with Johnson Controls, one of the largest first tier suppliers to the automotive industry.

Some of Dr. Altfeld's previous executive roles included the setting up and leading of the Center of Competence ‘Project and Program Management’ at Airbus Toulouse, France, as well as the Project Management Office for the development of the A380 wing at Bristol, UK. He also served as VP Production at Airbus’ plant at Hamburg, Germany.

He has since held positions with several aerospace industry organizations, among them Messerschmitt-Bölkow-Blohm, DASA, Dornier Satellite Systems, and the European Aerospace Industries Association. In 1999 he joined Airbus as Director for A380 Strategic Issues and Organization Development, where he was in charge to develop the 'design-built team'-based organization for the 5.000 employees involved in the development of the Airbus A380.

Dr. Altfeld is a member of the German Engineers Society, Honorary Chairman of the Royal Aeronautical Society (RAeS) Hamburg Branch and during the term 2007/2008 was also a member of the RAeS President's Council. He is the author of the book ‘Commercial Aircraft Projects: Managing Complex Product Developments’, which has been published in English and Chinese. 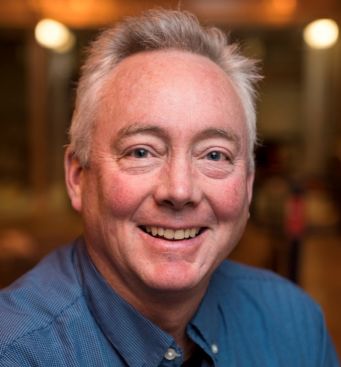 Dennis Whyte, Is a Professor at MIT PSFC since 2006, PSFC Director since 2015 and Head of Nuclear Science and Engineering since 2015. He received his PhD from University of Quebec, PhD in 1993. A recognized leader in the field of fusion research using the magnetic confinement of plasmas for energy production on a faster, smaller, and more innovative path. Dennis is a Fellow of the American Physical Society, has over 300 publications, and is heavily involved as an educator. He has served on panels for the National Academies, the U.S. government, and the Royal Society. As director of Plasma Science and Fusion Center (PSFC) he presents the Center’s vision to peer institutions and recruits faculty and scientists to the team. Dennis’ leadership as director of PSFC and department head of Nuclear Science and Engineering (NSE) has been a key enabler for the SPARC project, providing the stature necessary to bring the institutional and outside support to the project. 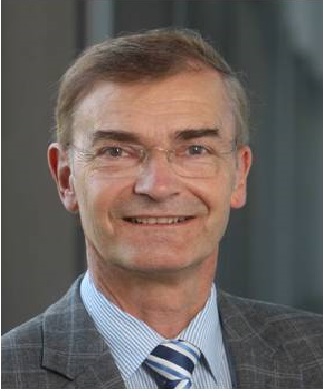 Hans-Stephan Bosch has studied physics in Münster and Munich. He received the Dr. rer. nat. degree from the Technical University, Munich, in 1986, and the Habilitation degree from Humboldt University, Berlin, Germany, in 2000. In August 2016 he was appointed as a professor at TU Berlin. After his post-doc- time at TFTR in Princeton, he worked on ASDEX and ASDEX Upgrade at Max-Planck-Institute for plasma physics, Garching. The main topics were measurement with charged fusion products and neutrons and analysis of fusion cross-section data. Later, the topics changed to divertor physis, He-exhaust and modelling. In 2000 he changed the field, becoming head of the Director’s Office. In 2004 he joined the project Wendelstein 7-X as head of Project Coordination and helped shaping the project from building components through assembly. Since 2013 he is the “Director Operations” for Wendelstein 7-X and deputy head of W7-X. In this function, he guided the first 3 operation phases and especially the corresponding commissioning phases successfully.

Plenary 2 Topic : Status of W7-X and the way to steady state operation 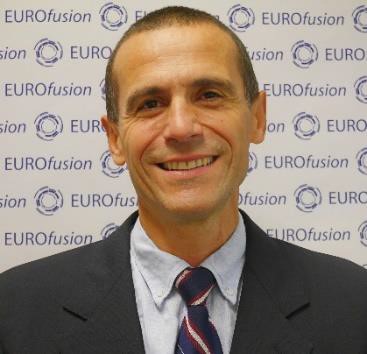 Dr. Gianfranco Federici received his Ph.D. in Nuclear Engineering in 1989 from the University of California, Los Angeles. Currently he is the Head of Department, Power Plant Physics and Technology, EURO Fusion Consortium. He is responsible for the coordination and technical oversight of the Design and R&D efforts in Europe aimed to a Demonstration Fusion Power Plant (DEMO). He has more than 150 publications in peer-refereed scientific journals. 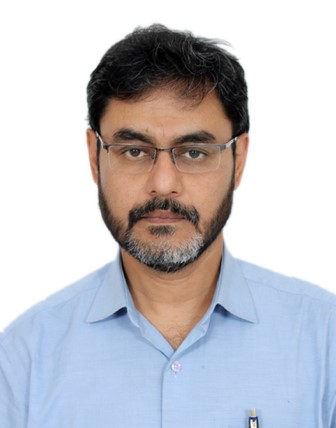 Arun Chakraborty joined IPR in March 1991 as a Scientific Officer, after completing his masters in Physics from the University of Kolkata and M.Tech in Nuclear engineering from IIT Kanpur in Dec. 1990. Dr. Chakraborty has been involved in the development of Neutral Beam (NB) injection systems that require special technologies for mechanical, electrical, vacuum and control systems. He leads the technology development program in several areas of NB and has established an implementable model for developing technologies with the industries. The first Indian long-pulse Cryo-condensation pump, Megawatt class UHV compatible Heat Exchangers, Development of 1st large size ion source etc. are notable outcomes of this model. In the ITER project, he is leading the Indian contribution from the technical and administrative front as a Project Manager in the Indian domestic agency. To date he has 3 patents and more than 100 publications in peer reviewed international journals. 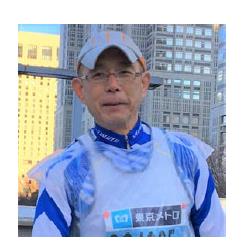 Makoto Sugimoto received his PhD degree in electric engineering from Tohoku University, Sendai, Japan in 2001. In 1989, he joined the Superconducting Magnet Laboratory, Japan Atomic Energy Research Institute as a Researcher, and became a Director, Department of ITER Project, National Institutes for Quantum and Radiological Science and Technology (QST) in 2016, a Head of ITER Japan Domestic Agency in 2018. He is a Professional Engineer of Japan as Mechanical and Nuclear Engineering Department. 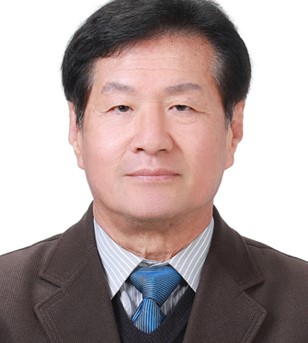 Dr. Ki-Jung Jung received his Ph.D. in chemical engineering from French Polytechnics of Toulouse in 1985. He is the Head of Korean Domestic Agency (KODA) National Fusion Research Institute (NFRI). From 1986 to 2006 Dr. Jung worked on radio-active waste treatment and the final disposal and decommissioning of nuclear facilities and spent fuel management. He has been dispatched to Nuclear Energy Agency (NEA) of the OECD in Paris, France from 1993 to 1997. In March 2006, he has moved to National Fusion Research Institute (NFRI) as Head of the Korean Domestic Agency (KODA) to take all the responsibilities related ITER Project in Korea. 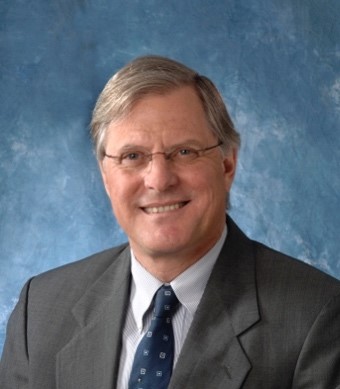 Ned received his Bachelor of Science degree in physics and Master of Science degree in nuclear engineering from MIT and his Ph.D. in astrophysical sciences from Princeton University. He is a fellow of the American Physical Society, the American Association for the Advancement of Science, and the Institute of Electrical and Electronics Engineers (IEEE). He has served as IEEE-USA vice-president for technology policy and president.

Plenary 3 Topic : Progress in the US ITER Project 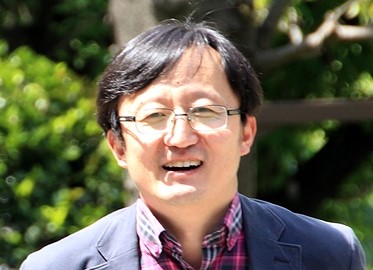 Dr. Jong-Gu Kwak received his PhD in 1996 from Seoul National University at KOREA. He has worked for the Korea Atomic Energy Research Institute on the design of KSTAR heating system. He then moved to NFRI, where he was the head of KSTAR. Dr. Kwak is presently working in the high temperature division of KSTAR. He was also a member of the ITER STAC and is presently a member of the ITPA CC. 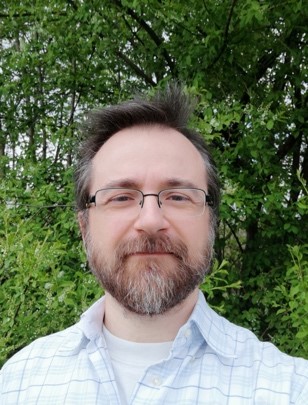 Until late 2005, he worked at the Max Planck Institute for Plasma Physics, in Greifswald, Germany, dealing with the design and manufacturing of structural support elements for the W7-X Superconducting coils. In the years 2005 – 2006, he worked for General Electric, Florence, being part of the Edison Engineering Development Program. He went back to the Max Planck Institute in Greifswald, this time dealing with the manufacturing and testing of the W7-X Superconducting coils in late 2006. In late 2008, Valerio started his career at Fusion for Energy, the European Implementing Agency for ITER, where he followed closely the design, manufacturing, testing and installation of the JT-60SA Toroidal Field Coils.

Currently, Valerio is supporting the installation of various European components of JT-60SA. In parallel, he works at the design and procurement of diagnostics and data acquisition systems for the early operation phases of the JT-60SA Tokamak.

Plenary 4 Topic : Status of the JT-60SA Tokamak: Towards the end of assembly and beginning of operation 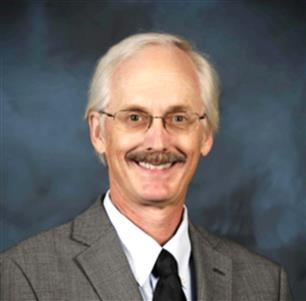 Larry R. Baylor received his PhD in Physics in 1989 from the University of Tennessee. Dr. Baylor is a distinguished staff scientist in the Fusion Energy Division of the Oak Ridge National Laboratory (ORNL), involved with plasma fueling and transport studies in the field of magnetic fusion energy and in the design of the fueling, pumping, and disruption mitigation systems for the ITER burning plasma experiment. He is the author or coauthor of over 200 refereed papers published in journals and 120 in conference proceedings. He is an inventor on 6 patents that have been granted to ORNL. He has served as a research staff member in ORNL’s Fusion Energy Division. Before that time, he was an instrumentation engineer supporting magnetic fusion experiments at ORNL. Dr. Baylor has been a primary contributor in the design of pellet fueling systems and participated in the experimental fueling programs on several major magnetic fusion devices (TFTR, JET, Tore Supra, DIII-D, W7-AS, LHD). 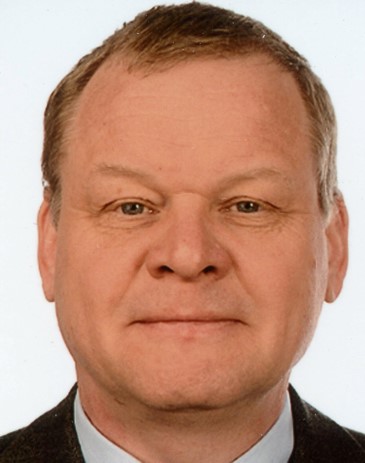 Plenary 4 Topic : Engineering lessons learned in the commissioning, initial operation and in the further upgrading of Wendelstein 7-X

The flagship campus of the University of Tennessee System and partner in the Tennessee Transfer Pathway.